Home TEAMS INDIA Ms Dhoni reached the Ranchi stadium by his special jeep
Facebook
Twitter
Pinterest
WhatsApp
India won the last test match of India vs south Africa test series and did a clean sweep by 3-0. During this time, Ms. Dhoni was also present in the Ranchi cricket stadium. When the match was over, Dhoni met with Indian team players and he also spent some time with debut player Shahbaz Nadeem and after that, he met with Indian coach Ravi Shastri.
Let us know that Dhoni reached the stadium by his new jeep Nissan Jonga which is bought by him recently. It is a green color military jeep. It was used by the indian army in the year 1999. Jonga is the short name of the jabalpur ordinance and gun carriage assembly. It is 20 years old and its construction had off in 1999. This vehicle had been ready in the japan company Nissan P60. It was made by the Jabalpur wheel company. In 1999, the Army denied to buy them while other vehicles had given importance in place of it but there was no vehicle that could overtake this.

Dhoni reached the stadium by wearing a black shirt and white pajamas. Those pajamas of dhoni were attracted media towards it because dhoni wore an Italian company track pant(pajama) of varshachay. The price of this pajama is 1200 dollars it means approx 90,000 in Indian currency. 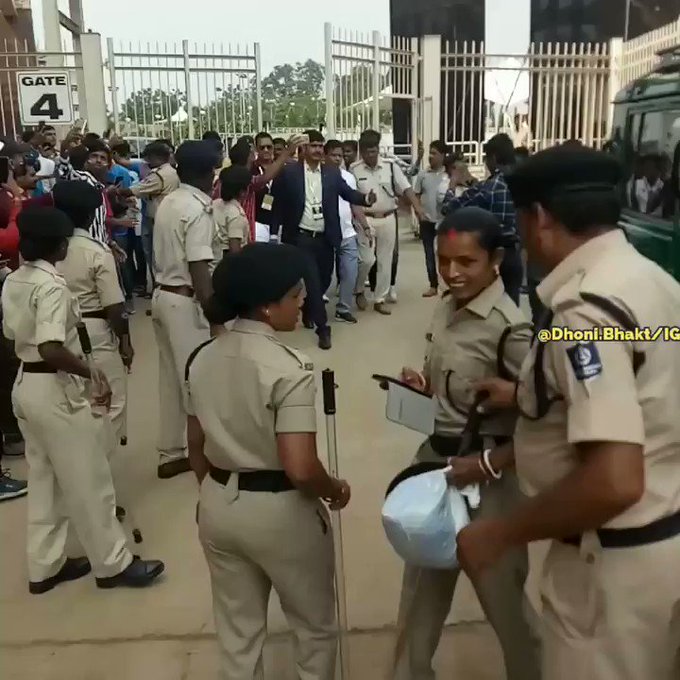 Rohit Sharma trolls Yuzi Chahal while wishing him for engagement

Petition was filed against Virat Kohli for promoting Online gambling

Virat Kohli reveals when Dhoni asked for wicketkeeping against Bangladesh

IND VS BAN- The first T20 against Bangladesh is in danger